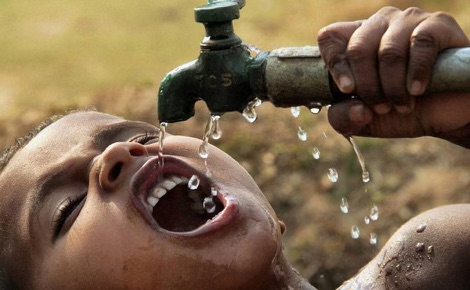 I have been hanging out with Jesus, the gang, and the Women at the Well. Check out John chapter 4 if you want to give it a try. Unlike the disciples and the townspeople, I do not think Jesus ever, ever, ever thought of the Woman at the Well as a slut but only saw her as THIRSTY. She yearned and ached with a parched soul for the kind of water that satisfied and gave inner peace, contentment, joy, zest, and life. The trouble was she drank from many Wells that left her even more thirsty. Haven’t we all?

The truth is, we are all born with a humongous God-sized vacuum in our hearts that can only be filled by Him. The lie is the hole in our hearts can be filled by some “Thing.” The Woman at the Well thought it was Men. Marriage Certificates should come with a warning – Your Spouse Can Not Support the Weight of Your Soul. Others try to fill the vacuum with Wells of possessions, power, pleasure or even religion. Religion was how Nicodemus tried to satisfy his soul in John 3. People say to me, “Michael, do you believe many religions can get people to heaven?” I say, “No man-made religion gets anyone to heaven. We get tricked into giving our allegiance to a religion rather than a person. It is the person of Jesus.” He is the LIVING WATER.

Do we see people as THIRSTY? Jesus saw in people what they could become. He saw a worshiping woman and a Good News Proclaimer in the Woman at the Well. He saw hidden philanthropist in Zacchaeus. He saw a Rock of an Apostle in Simon Peter. He saw a Pauline world changer in Saul the Christian terrorist. He did not get bogged down in the muck of people’s current sinful reality but saw past the junk to envision what God could do if their spiritual thirst were quenched. May we do the same thing.

Are you thirsty in your soul? Read John 4 and spend time with the one who is the LIVING WATER.

“He who believes in Me, as the Scripture said, ‘From his innermost being will flow rivers of living water.’” John 7:38

“The only way to avoid the real God is to fabricate a false god that is controllable.”  ~Pastor Tim Keller

So many times, I have to pinch myself as I see the doors of opportunity that God opens. I will think who am I to meet with ____? Often the Spirit of God has reminded me of the following words:

DOES THE SPIRIT OF GOD EVER USE A VERSE OR TRUTH
TO REMIND YOU TO NOT FEAR? WHAT DOES HE SAY? 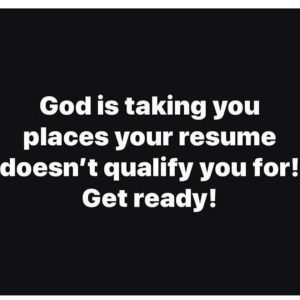 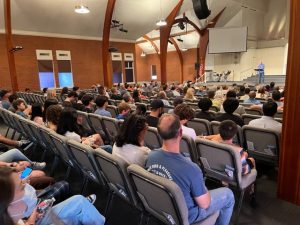 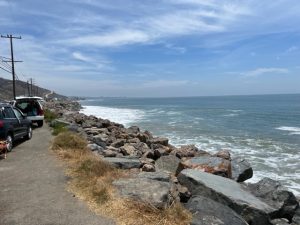