The National Prayer Breakfast (NPB) took place last week in Washington, D.C.  Donna and I have the privilege of being part of this meaningful annual gathering. Every President since Eisenhower has participated. International leaders from 150 countries attended along with people from all 50 states. It is a unique time to set aside differences and partisanship and stand together as a country and pray. Hosted by the U.S. Congress, the NPB seeks to provide a forum for political, social and business leaders to build relationships around the person of Jesus. 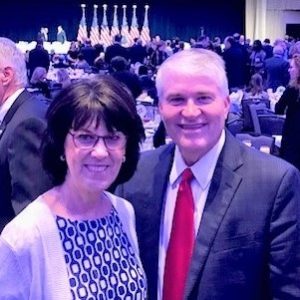 On Wednesday morning Donna and I participated in a gathering of leaders from the Arab world and Israel. We sat with a woman from Afghanistan who won an international art award and afterwards the Taliban called for her murder. She is now in our country in political asylum. Pray for this precious young woman. Wednesday midday included several appointments with Louisiana U.S. Senators and Representatives on Capitol Hill. Thursday morning the National Prayer Breakfast was held. The keynote address was a tearjerker as our very own Louisiana Congressman Steve Scalise shared his harrowing story of bullets, miracles, faith and the support of his colleagues. In the evening VP Mike Pence was supposed to speak, but he was sent to South Korea. His replacement … the Philadelphia Eagles Quarterback, Carson Wertz.  I even ran into Evander Holyfield while I was there! 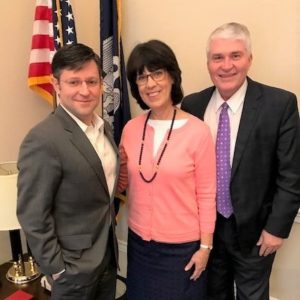 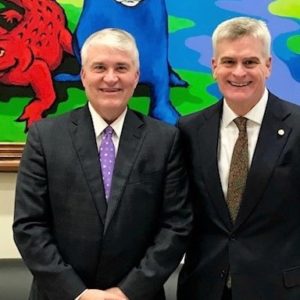 The most important moments took place in one-on-one conversation throughout the gathering. Over the few days at the Conference I had in-depth conversations, mostly over meals, with people from China, Afghanistan, Israel, Norway, Cameroon, England, Nigeria, Ethiopia, etc. God showed up big time. What stood out? The attendees were Democrats, Republicans, black, white, red, yellow, men and women with many faith styles. I saw no spewing, finger-pointing, slander or vitriol. People reigned in their tongues and tried to walk in each other’s shoes. This is hard stuff, but it is Godliness 101.

Upon reflection, I was most struck by the talk by the First Lady of Rwanda who witnessed the civil war and genocide in 1994 that left a million hacked to death with machetes. Her sobering analysis leading up to the genocide went like this:

Question: Could we be perpetuating our own genocide … killing not with machetes but with words? It is no wonder Jesus said, “Blessed are the peacemakers because they shall be called the sons of God.” 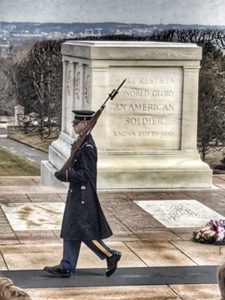 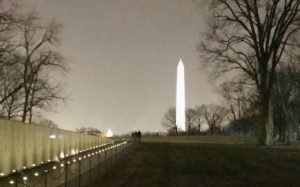