No Comments on A GRACE-FULL STORYPosted in Baton Rouge, LA Capitol, Leadership St. Tammany, National Day of Prayer, Prayer, Speaking Events By Michael SpraguePosted on May 16, 2022

I love this story out of old Russia. When Nicholas II was Czar of Russia, a father enlisted his son into the military in hopes of instilling discipline and direction into his life. Among other things, the young man had a weakness for gambling and the atmosphere of army life seemed to hurt rather than help.

His army job was bookkeeping. As he gambled his debts grew, and he borrowed money from the outpost treasury to pay his debts. He kept losing rather than winning and sank deeper and deeper into debt.

One night, contemplating his horrible condition, he added up his debts. When he saw the immense total, he decided to take his life. As a suicide note, he wrote across the ledger, “So great a debt, who can pay?” He sat back in his chair, gun in hand, to reflect a few minutes. As he contemplated his life and death, he fell asleep.

Czar Nicholas II was inspecting the outpost that night. When he entered the bookkeeper’s shack, he saw the sleeping soldier, the loaded gun, and the revealing ledger. When the soldier awoke, he stared at the ledger and read the words, “So great a debt, who can pay?” Underneath were the words, “Paid in full, Czar Nicholas II”! 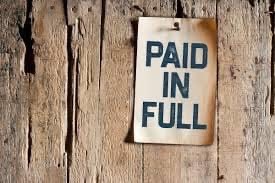 Can you imagine what the young man felt like? Despite doing nothing to warrant such generosity, he was now free. His slate was clean, and he had a new chance at life. He humbly received the gift of grace.

Likewise, each of us has sinned and has a sin debt to pay. On the cross, Jesus died in our place and paid the debt for our sins so we could be forgiven and set free. “God so loved the world, that He gave His only begotten son, that whosoever believes on Him, will not perish but have eternal life.” (John 3:16) Do you realize, when we humbly receive the gift of grace, Jesus marks our ledger/sin debt—PAID IN FULL? 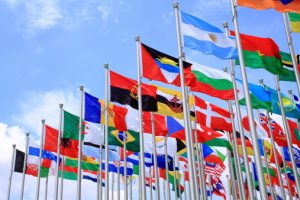 The Capitol Commission has been asked to attend the “Uniting our Nations and Reconciling our World Global Conference” in New York City, May 16-20 to train leaders to serve as full-time Chaplains for the Gospel in Capitols around the world. Fifty-Sixty leaders from Africa, Asia and South America will attend our training workshops to potentially serve in their Capitols. We are honored to serve the U.N. Ambassador to Guatemala and our friend Luciano Bongarra. We believe God has given us not only a GREAT COMMISSION but a CAPITOL COMMISSION to reach Kings and those in Government with the truth of Jesus. Please Pray.