No Comments on How Should You Vote?Posted in Uncategorized By Michael SpraguePosted on October 28, 2014January 19, 2016 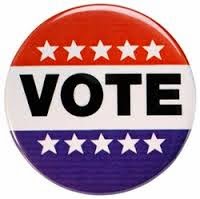 Polls show the majority now think the world is going to hell in a hand basket. Fear is everywhere. Debt Cliffs, Ebola Panic, ISIS War, Radical Islamic Terrorism, Economic Stagnation, Marriage Woes, Political Gridlock, Racial Division, Moral Chaos. People are flat out desperate for ANSWERS. Increasingly, people are looking to MESSIAH GOVERNMENT as the solution and provider. A few reminders may be helpful as you prepare to vote:

How Should You Vote?