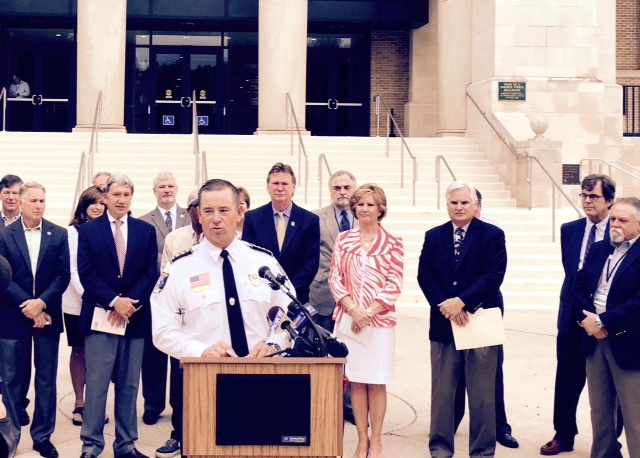 No Comments on Political Correctness or Courage? The Herd Mentality or Honoring God Above all Else?Posted in Baton Rouge, Prayer By Michael SpraguePosted on May 15, 2016

A few years back psychologist Ruth W. Berenda designed an insightful experiment designed to discover how people handle peer pressure. The design was simple. Ten adolescents are escorted into a room for a test. Each group was instructed to raise their hands when the leader pointed to the longest line on a chart. However, one person did not know that nine of the others had been secretly pre-instructed to vote for the second longest line. Do you get the twist? Regardless of the instructions given in the room, the nine were to raise their hands, voting for the second longest line as the longest line when asked. The test would was to see how people would react when surrounded by peers who obviously were voting for something that was not true.

The test began with nine people voting for the wrong line. Guess what happened? The stooge would glance from side to side at all the hands up in the air, frown, look confused and then slip his hand up in the air with the others. Time after time as charts were raised in the air the perplexed stooge would raise a hand communicating a short line is longer than a longer line. This conformity occurred in about 75% of the thousands of cases done over the years and the numbers held steady for a variety of ages. The conclusions are that most people will not stand alone. Most do not have the courage to stand against the crowd. Most will not buck the herd. This is true and a warning for all of us. Peer pressure is real. This explains a lot of what goes on in our world.

Many years later a psychologist put a new twist into the original experiment and the results are instructive and motivational. Groups came together in the same way as before to judge the longest line. Likewise, all the people but one are “in” on the test and instructed to vote for the second longest line as the longest line. However, this time one of the students was instructed to pick the correct line. All eyes were now on the experiment’s unbeknownst Guinea Pig to see how he voted. Amazingly, if one person stood against the herd, it led over and over to the Guinea Pig being willing to stand in the minority against the majority. The conformity rate plummets if one person speaks up.

Think of the implications of this study. If one person is willing to stand on conviction it can turn the majority in a new direction sometimes immediately. Simply, voicing truth or another perspective can make a huge difference. It makes people think outside the box or politically correct circles. It gives others the courage to move in a new direction … often a better direction. Some ideas may take a lot longer to turn hearts and minds, perhaps years or even a life time. This is the need of the day among leaders and people. Let’s vote for COURAGE. 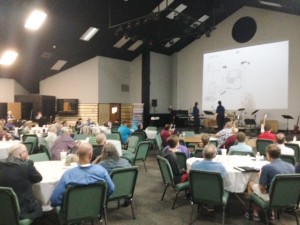 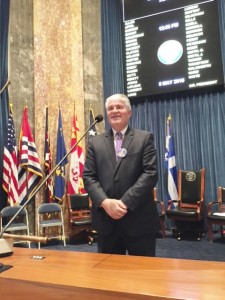 2.         Pray for the last 30 days of the Louisiana Regular Legislative Session which ends on 6/6 at 6pm. Supposedly, a new Special Session will be called to start the next day. Pray for perseverance, strength, wisdom and the good success of our leaders and myself as well. Pray the Spirit of God will capture the hearts and minds of people in the Capitol Community. Pray for revitalization, renewal, revival and a next great awakening. I love the prayer of the old preacher who put his hands on the book of Acts and prayed, “Do it again Lord! Do it again. Do it again!”

3.         Donna is down to her last week of the school year. Pray for her as she makes plans for next school year.

4.         Praise-Despite the unrest in the political arena, I continue to be encouraged by what God is doing behind the scenes in people’s lives. Thank you for partnering with us in Kingdom work.

Psalm 148:11-13 “Kings of the earth and all the peoples, princes and all rulers of the earth…let them praise the name of the Lord, for his name alone is exalted, his majesty is above earth and heaven.”

Political Correctness or Courage? The Herd Mentality or Honoring God Above all Else?