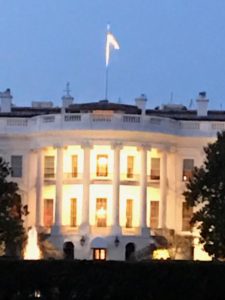 Donna and I have the privilege of being part of this meaningful annual gathering. Every President since Eisenhower has participated. International leaders from 140 countries attended along with people from all 50 states. It is a unique time to set aside differences and partisanship and stand together as a country and pray. Hosted by the U.S. Congress, the NPB seeks to provide a forum for political, social and business leaders to build relationships around the person of Jesus.

On Wednesday morning I participated in a gathering of leaders from the Arab world and Israel. Wednesday evening included a meeting with a surprise visit from our Vice President. That same evening we attended a Spiritual Heritage tour through the Capitol Building led by Dr. David Barton. Thursday morning was the National Prayer Breakfast. Chaplain Barry Black of the U.S. Senate knocked the Keynote address out of the park. The President spoke briefly and the prayer time was significant. The Thursday lunch talk included King Abdullah II of Jordan. He wasn’t afraid to call radical terrorists fake Islam and criminals. Thursday afternoon we took a hard-hat tour of the new Museum of the Bible slated to open in November. Rick Warren spoke Thursday night wrapping up the NPB. 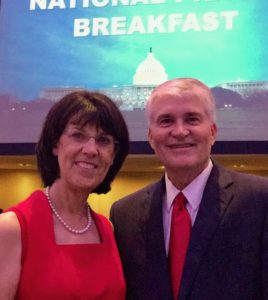 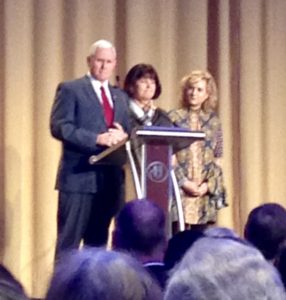 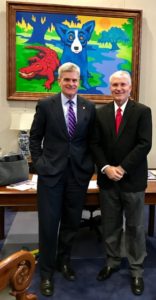 The most important moments took place in one-on-one conversation throughout the gathering. I had excellent meetings with elected leaders on Capitol Hill. Over the few days at the NPB I had in-depth conversations, mostly over meals, with people from Iran, France, Palestine, Israel, Jordan, Lebanon, Egypt, Canada, Mexico, Japan and Ethiopia. God showed up big time. What stood out? The attendees were Democrats, Republicans, Black, White, Red and Yellow, Men, Women, teenagers to a 103-year-old, 140 nations, and many Faith styles. I saw no spewing, finger-pointing, slander or vitriol. People reigned in their tongues and tried to walk in each others’ shoes. This is hard stuff but it is Godliness 101.

I saw people striving to work together and discover where partnerships could form, even when addressing some of the world’s deepest problems. 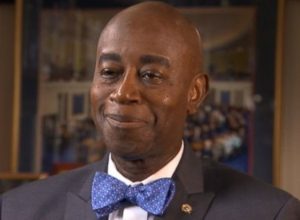 Every meeting included prayer and Jesus as the source of reconciliation, peace, and unity with God and Man. Conversations about faith and Jesus were abundant. My prayer is that many will have the same metamorphosis that the Woman at the Well had in John 4. At first, Jesus was just a man. Then she discovered he was a prophet. Lastly, she had her eyes opened and realized he was God. We heard story after story how Jesus is doing the same thing today as he did 2000 years ago. You may find yourself standing next to someone by a modern day well … empty yet thirsty!!! Be Ready. 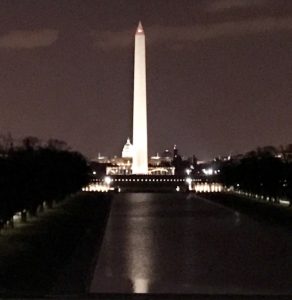 In Mark 15, Pontius Pilot was at a minimum intrigued with Jesus. This political leader concluded there was no fault in him. Yet, partisanship, fear and many loud voices began to prevail upon his judgment. Barabbas was the zealot and maker of chaos. They took this man of violence and turned him into a freedom fighter. Jesus was the revolutionary who cared for the poor, helped the sick and spread the good news. They took this man of peace and turned him into an enemy of the state. Many try and hijack the real Jesus today. However, just like yesteryear … He has His way of redeeming bad situations, sneaking up on people, revealing himself, offering grace and whispering to people to come home to God through Him. One of the seekers in Washington, D.C. said, “I’ve been looking into this Jesus. I’m finding him fascinating.” 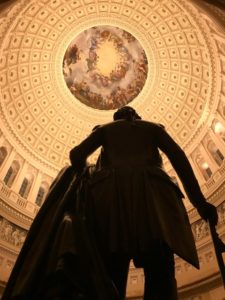