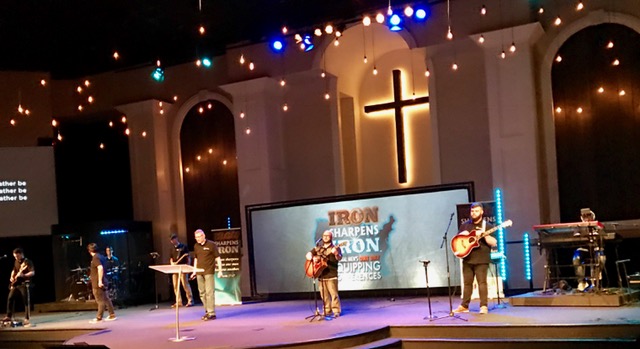 Imagine numbers of influential leaders opening the Scriptures and having in-depth discussions about the Good News of Jesus Christ and how they can honor Him in their lives and work. Imagine Republicans and Democrats coming together, walls coming down and leaders getting to know each other better. Imagine Bible Study with Lobbyists. Yes Lobbyists. Imagine one-on-one visits with leaders to pray, build relationships, encourage and allow God to show up. Imagine opportunity to facilitate prayer among elected leaders and the community…asking God to heal our land and bless our nation. Month-after-month, all these things and more are the work of the Capitol Commission. Only God! The new Legislative Session in Baton Rouge launched this week. I will be in the Capitol three days a week for the next couple of months. Divine opportunity awaits. 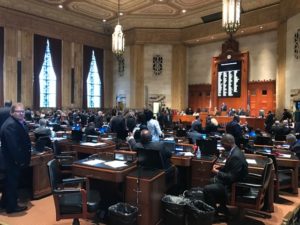 Our work is different from two of the prominent methods used in the political arena. One is the ATTACK method and the other is the TOTAL SEPARATION method. Our method is to ENGAGE. We engage those who serve in the political sphere with the power of the gospel (Romans 1:16) and encouragement for the soul (Matthew 11:28-29, Psalm 23:1-3). We are committed to the Great Commission (Matthew 28:19-20) and the Capitol Commission (Acts 9:15). It is God who transforms…one person at a time. Most people who desire to be close to power want something in return. We offer friendship with no-strings-attached and connect those who respond to small clusters and one-on-one groups.

Ministries often practice a Believe before you can Belong approach. But look at the gospels…the disciples followed Jesus around long before he popped the question, “Who do you say I am?” There were months of fish-fries, long treks, Q&A’s, teachings and encounters of all kinds. With all these hours with Jesus…in a context of Belonging…many Believed.

One day on the river banks of the Jordan Jesus said to two men, “Come and see” (John 1). After praying all night, Jesus called a bunch of guys to be “With Him” (Mark 3). There was no agenda, timetable or curriculum. Jesus hung out at wells, living rooms and gathering places and invited people to join him. It works the same today. It’s simple. It’s biblical. I’m trying to learn the way of Jesus. In the work at the Capitol there are no potlucks, Easter musicals or kumbaya’s around the campfire. The focus is on Serving, Friendship and sharing the Journey with leaders. As people feel they Belong…there is a good chance they will get to know Jesus along the way.

Jesus would say to people, “Follow me.” Today, many are bored in their faith because they think Jesus should follow them. People are leading rather than following. This is an Inverted Gospel. It is absolutely unfulfilling. The call is to say to Jesus, “Whenever, Whatever, Wherever.” When you follow Jesus in this way, it is the adventure of a lifetime and transformative. May it be so.