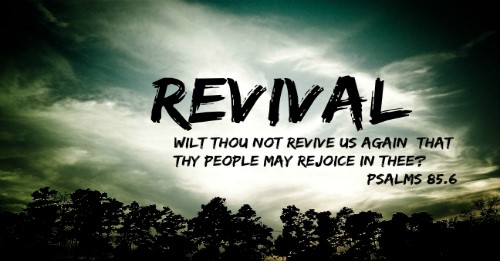 No Comments on The Power of UnityPosted in Baton Rouge, Leadership St. Tammany, Prayer, Speaking Events, Uncategorized By Michael SpraguePosted on June 23, 2019

Picture my morning. I brought together forty-some Business, Faith and Political Leaders into a conference room. My goal was to introduce some amazing young pastors to the leadership of our community. These pastors … from all different denominations … decided to PARTNER, JOIN FORCES, UNIFY, and FORSAKE TERRITORIALISM in order to awaken the community by holding an outdoor, eight-day, July 7th-14th event to spark prayer and fellowship and share the Good News of Jesus Christ. Every night at 7pm in Covington, a different young preacher will share the gospel. http://www.awakencovington.com Every morning there will be an outdoor prayer gathering at 8:30am. As Charles Spurgeon said,

“Revival begins with Christians getting right first and then spills over into the world.”

I wish you could have seen how the business and political leaders’ hearts were knit together with these courageous young pastors. Ideas were shared and relationships forged that will assist not only the July event but future possibilities as well. My conviction is that out of trust-filled relationships … anything becomes possible in Jesus. The thing that struck the seasoned business and political leaders the most was the unity of the pastors despite the diversity of denomination. There is something powerful about this living demonstration.

There are 43,257 denominations in the world. 43,257 … each one thinking they are the most right. I had researched the number of churches in our region and asked the leaders to guess how many. There were some great guesses. The answer is … ONE. ONE church of Jesus Christ with many franchises. Ephesians 4:3-6a says, “being diligent to preserve the unity of the Spirit in the bond of peace. There is one body and one Spirit, just as also you were called in one hope of your calling; one Lord, one faith, one baptism, one God.” Notice the repeated word is ONE. In John 17 Jesus prayed that his disciples, including us, would be ONE so the world would know that God sent the SON.

Too often we are like the guy marooned alone for 20 years upon a desert island. A passing ship sees smoke and rescues the guy. Before departing the guy says to the Captain, “Do you want to see where I’ve lived over these two decades?” The Captain obliged him. The man pointed to three buildings. The first was his house … where he lived. The second was his church … where he worshipped. The Captain asked what the third building was. The man said, “That was my former church.” Let’s be careful. Let’s keep the main thing the main thing. Let’s put away territorialism and competitive spirits and preserve the unity of the spirit. Let’s not compromise truth, but let’s not allow secondary things to divide us.

The Power of Unity