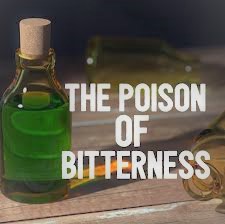 No Comments on The Poison of BitternessPosted in Uncategorized By Michael SpraguePosted on July 22, 2019July 22, 2019

Betrayal, unresolved conflict and bitterness are powerful agents that sap strength, drain joy, and exhaust emotions. Maybe you can relate. I guarantee that everyone in leadership must at some time or other learn to negotiate the raw feelings of bitterness.

The truth is, if you live long enough, sooner or later you will get hurt. Little things happen and you forget about them, but some things are not so easy to forget, like betrayal, abuse, abandonment, divorce, unfaithfulness, lying, injustice, etc. They always come as a sucker punch … you don’t see them coming. Relational disasters are heavy, hurtful, and hard and often lead to bitterness, resentment, and a preoccupation that tends to color everything. Are you holding a grudge, pointing a finger, or replaying a tape over and over? Is anybody on your dartboard? Are you “rotisserizing” certain people by turning them over and over in the flame of your mind?

I once went through a hurtful time that I couldn’t shake easily. I ended up talking to a counselor/pastor type who had me focus on Ephesians 4:32…“Be kind to one another, tender-hearted, forgiving each other, just as God, in Christ also has forgiven you.” He asked me to read Total Forgiveness by R.T. Kendall. He then suggested I write out my losses honestly in a letter, sharing my heart and hurt, and in time making a declaration of forgiveness as an act of my will. The counselor said I should take the letter and release it. He told of how one person burned a letter like this, another flew it as a paper airplane from a mountaintop, and another let it go in the ocean.

I carved out some time and carefully wrote a letter and made a choice to forgive. I took that letter to an old abandoned cemetery with tombstones dating back to the 1800’s. I read the letter before God, tore it up, and placed the pieces under a broken tombstone. While I was walking out of the cemetery, I saw “danger” signs for a Wasp Research Testing site being conducted by a university, so I kept my distance. It was like the Holy Spirit was telling me, “Don’t come back here or you’ll get STUNG.” I went home feeling free. Forgiveness does that.

Remember the old Andy Griffith show and the town drunk, Otis? Otis would be put in jail and the keys would be placed right outside the cell door. Any time he wanted to leave; he could let himself out. God does the same with bitterness. We can lock ourselves in our own jail, yet God leaves the keys of forgiveness right by the door so we can let ourselves out and be free—if we want to. Do you need to reach for the key? 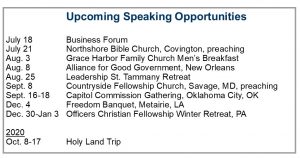 The Poison of Bitterness